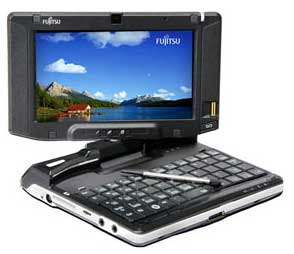 The Galaxy S III is the latest cell phone product by Samsung. Released only a few short months ago, it has been flying off shelves ever since. With a bigger screen and more features, the GS3 is paving the way for cell phone design and how we communicate with each other.

The new Galaxy S3 is designed to fit comfortably in the palm of your hand, but buyers may be wary of its larger size as it is one of the larger phones available. Standing at 5.4 inches tall and 2.8 inches wide, with a slim 0.34 inch depth, it is a formidable phone, but despite its larger size, it is still very lightweight. It may take some owners a while to accept this larger profile, but this does seem to be the trend for future cell phones. The idea is that cell phones are becoming a multi-tasking pocket computer, and to do so, phones may become larger. At least, this is what Samsung is counting on. Because of its larger size, consumers receive a larger HD screen; however, on the down side, most find the screen slightly dimmer than they would like, but it still doesn’t take away from the HD depth it provides.

The GS3 comes fully loaded with a 4G LTE, 2GB RAM and dual-core processor, which makes for speedy action. It has some great preloaded apps, but one of the best features is the 8-megapixel camera lens, that allows for sharper images. Added to the 4.8 inch HD screen, consumers can get better resolution and image quality with the Galaxy S3.

Samsung has also devised a voice response program similar to iPhone’s Siri; however, the S voice does not seem to match the quality of Siri just yet. You can expect Samsung to perfect this concept with subsequent models of the Galaxy S series, but for now, the S voice offers the same services as Siri does.

Samsung has also introduced a program called S Beam, which allows GS3 owners to share information, like photos and documents, just by touching the phones back-to-back. This makes interfacing with others a breeze and will no doubt spawn similar applications in the future.

The GS3 is a great multi-faceted, smarter phone, which allows owners to multi-task with a stronger processor and more communication programs. The larger size may frighten new owners, but there is a strong and loyal fan base for the Galaxy S3. The only noticeable downsize is the dimmer screen and the S Voice program, which needs a bit of revising to compete with Siri. Overall, the GS3 is one of the best cell phones out there and can hold its own with major high-end competitors.